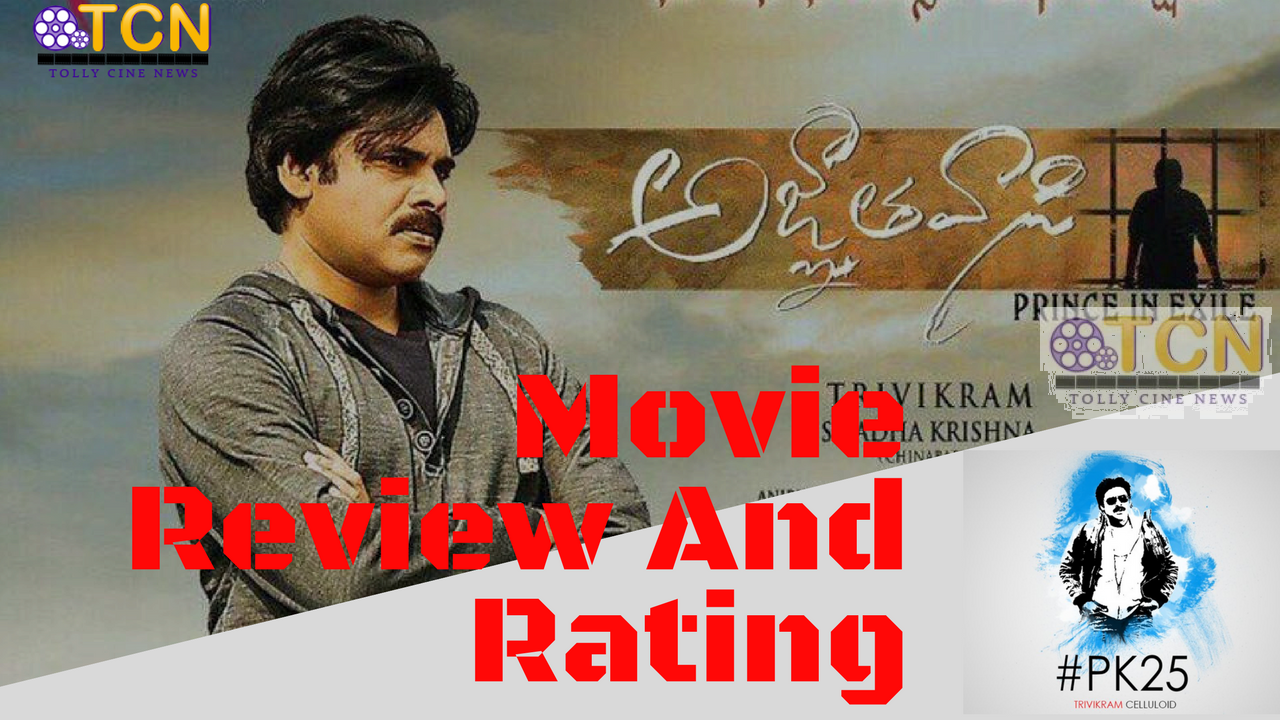 The film is a normal revenge story. Govind Bhargav (Actor Boman Irani) is a business empire owner and he has two sons.
His elder son is Abhishikth Bhargav (Actor Pawan Kalyan). AB's mom (Actress Indraja) dies during his childhood and Govind marries another lady (Khushboo).
Govind leaves AB at his uncle's(Actor Tanikella bharani) home where he grows up there. At a point in time, Govind Bhargav gets killed by goons along with AB younger brother by Seetharam( Actor Aadi Pinisetty).
AB with a new name as Balasubrahmanyam joins his own company as a manager and how did he find the real culprits behind his dad's murder forms the rest of the story of the film.

How is Pawan Kalyan’s performance? Hero Pawan Kalyan is his usual self-full of energy. There is nothing else to write home about.
The star also has another unique quality where he remains the sole highlight of the enterprise and Agnyaathavaasi is no different.
The problem here is the repetitive mannerisms. Even small moments are predictable.